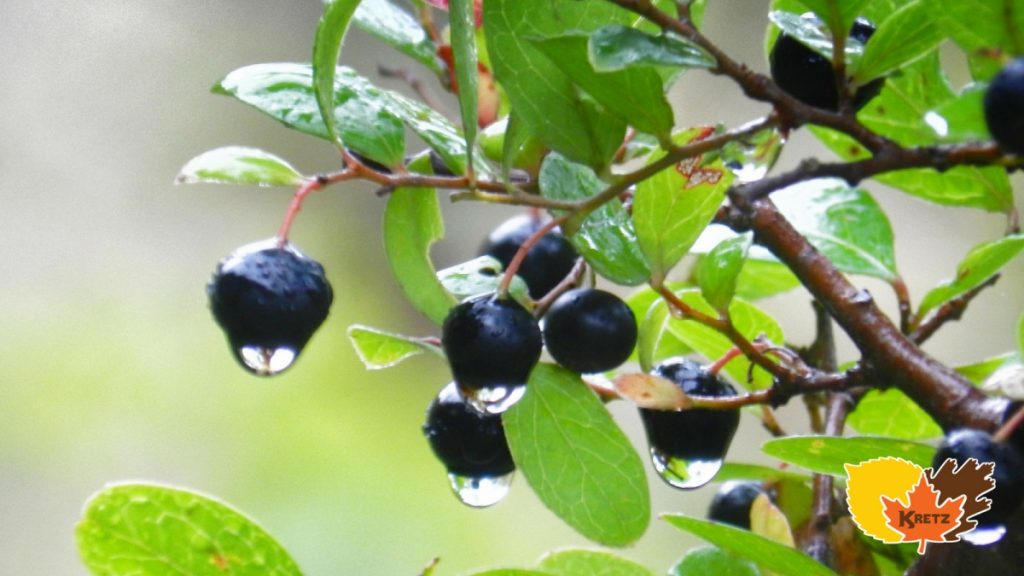 There is a red barn in northwest Wisconsin, and adjacent to this red barn is a 3-acre woodlot that is not unlike one that might be found almost anywhere. The land was used primarily for nature walks and hunting in the fall; sadly, it is now nearly useless for either activity. The little red barn was once part of a real farm, and years ago it was converted to a popular summer theatre, where the actors, stagehands, and theatergoers all loved watching the graceful white-tailed deer around the barn. But gradually there were fewer animals, and then none at all.

This woodlot had gradually become ‘choked off’ by an invasive tree known as buckthorn. Some tall pines, oak, cherry, and other native trees could be seen above the 12-15 foot canopy of buckthorn, but all that remained underneath was a wall of invasive growth that was so thick that neither man nor animal could enter. Moreover, the invasive growth was so dense that seeds from native plants could not germinate and grow – the ground underneath was plain dirt, with no grass, weeds or other new growth. When it rained there was mud.

This example should serve as a wake up call to landowners who own woodlots – check your land for buckthorn!

Buckthorn was introduced to the United States in the 1800s as a landscaping shrub to provide a barrier between neighboring properties, and can now be found as part of wooded areas from the East Coast through the Midwest, and beyond. It is no longer legally sold or transported, but in many areas the damage has been done; we are faced with an invasive tree that has experienced a growth spurt in the past 20 years.

There are two varieties of buckthorn: Common and Glossy. Both are among the first plants to have green leaves in the spring and the last to go dormant in the fall, and will grow 2-3 feet in a year. There is a male and female plant, with the female producing berries that provide no nutritional value and can cause diarrhea. As the name implies, the plants have many sharp thorns.

Buckthorn sprouts from birds distributing the berries, but if it is simply cut down without removing the stump, there will be 10 to 20 new suckers at the cut stump the next season. To eradicate buckthorn, the plant must be up-rooted or treated with an herbicide/oil mixture – the roots must be removed or killed.

Buckthorn is easily identified, since it has green leaves before other trees in the spring, and remains green after other trees have gone dormant in the fall. It also has yellow sapwood and orange color heartwood that is evident by scoring the bark with a knife or hatchet.

The good news is that buckthorn can be eradicated; the bad news is the task can create expensive challenges if it has spread extensively. In a few short years, it will leave valuable woodlots useless for hunting and the land incapable of reproducing native trees. Most landowners are unaware of the threat posed by buckthorn, while others enjoy the barrier between properties provided by the dense growth. Both of these factors, ignorance and apathy, are significant in the spread of buckthorn. All it takes is a single bird depositing new seeds on neighboring private woodlots and public forests; buckthorn is spread that easily.

All landowners should monitor their property, speak with neighbors, and notify public officials when buckthorn is found on public land. Identification and control information is readily available on the internet, or contact your local extension office, forester, or DNR. When identified, do not delay in controlling this invasive pest, as a single bird can easily spread seeds to nearby woodlots, and eventually larger forests.

Reprinted with permission from Whitetails Unlimited

Get to know our new Forester, Blake Persha! Q: What made you want to become a forester?  I love the outdoors and have always been

Family Deer Hunters Have a Season of Firsts

Looking back at the 2010 deer season, it was a season of firsts for one Kretz Lumber family. Beginning with a brother and sister team,

Get outside and share with us your best autumn scenery photo. Enter our contest by uploading your favorite photo to our Facebook page. We’ll compile

Emerald Ash Borer is Here – What You Need to Know

The gun deer season is here and it’s time to get out in the woods and bag the biggest buck! Enter the 2018 Kretz Lumber